Sima Sahar Zerehi – There’s no denying it Tehranto has its own band.  Neemeha’s Strange Fruit concert at the Richmond Hill Centre for the Performing Arts on January 19 wasn’t just an opportunity to hear great music but also a testament to how art can build community. 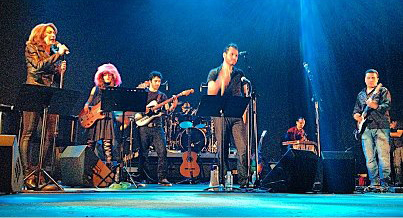 The members of Neemeha (Behnam Jahanbeiglou, Arshia Bassiri, and Behrouz Jahanbeiglou) invited some of Tehranto’s rising musical talents to produce a unique musical experience.  The sound included a diverse mix of genres and instruments, but overall Neemeha’s Strange Fruit was distinctly Iranian-Canadian. 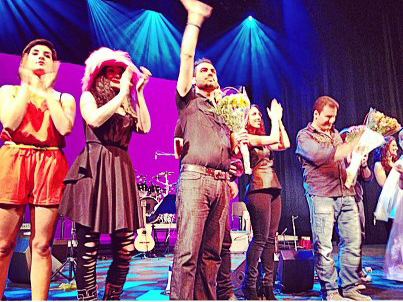 Look for interviews and features on Neemeha and friends in the upcoming issues of Shahrvand.

You can find some of the artists from the concert on the following websites: