Iran is home to many different ethnic minorities, including Azeris, Kurds, Baluch and others.  One minority that resides in the southwest of the country, and particularly in Khuzestan province, is a sizable Arab ethnic minority with distinct linguistic and cultural practices.  Referred to as “Ahwazi Arabs”—in reference to Ahvaz, the capital of Khuzestan, where many Arabs reside—this group has endured discrimination on account of their minority ethnicity under successive governments in Iran. The discovery of oil in Khuzestan at the start of the 20th century made it a region of interest to the central government in Tehran. However the local population claims that resource diversion and discriminatory practices by the Iranian government against Ahwazi Arabs in the academic and professional sphere has resulted in economic, political, social and cultural marginalization from Iranian mainstream society. 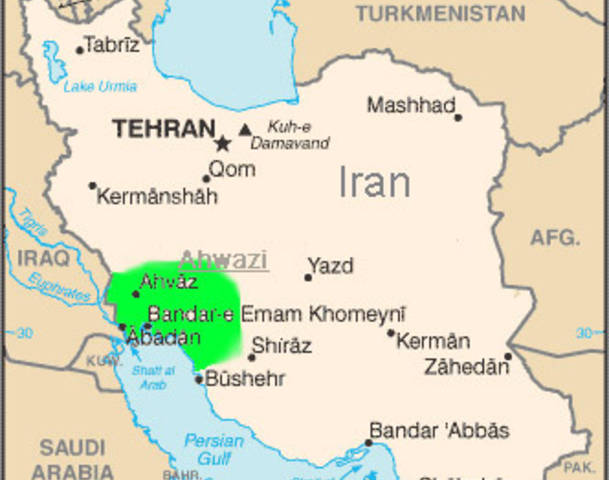 In April 2005, the tensions between Ahwazi Arabs and the central government in Iran boiled to a head with the alleged leak of a memorandum from the office of the President of the Islamic Republic of Iran (IRI) that set forth a policy aimed at changing the ethnic makeup of Khuzestan province.  Ahwazi Arab demonstrators took to the streets of Ahvaz to protest the memorandum.  Over the course of the next two weeks, the protests quickly spread through major cities and towns in the rest of the province and the Iranian government responded with brute force.  According to multiple sources, dozens of protesters were killed and hundreds arrested.  As a result of the violence, the Iranian government has maintained a strong security presence in the province up until this day.

Since then, every April, Ahwazi Arabs have staged protests to commemorate the April 2005 protests, or what they refer to as the intifazeh.  This year, according to reports received by the Iran Human Rights Documentation Center, Iranian security forces took pre-emptive action in advance of the expected protests. IRI forces have reportedly arrested an estimated 188 Ahwazi Arabs throughout Khuzestan province over the last five weeks, and the whereabouts of some of the detainees are unknown to their families.

Many Ahwazi Arabs have been the victim of human rights abuses perpetrated by the IRI over the decades—one such case is that of Jalel Sherhani, an Arab from Ahvaz whose family members were targeted for arrest, imprisonment and execution after the 1979 Revolution and during the Iran-Iraq war. At the end of October 2012, Sherhani testified before the Iran Tribunal—a people’s court that ruled that the IRI had committed crimes against humanity against Iranian citizens in the 1980s—about his and his family’s experiences.  Sherhani also detailed his experiences in a witness interview with the Iran Human Rights Documentation Center.

You can read Sherhani’s full statement about his experiences and the Ahwazi Arab plight here: