Sima Sahar Zerehi – He has the talent, he has the vision, and he has the drive. All Amir lacks is the paper to draw on.  The Rooster Trademark Paper is Iranian director Maryam Milani’s touching children’s film about Amir, an aspiring young artist in Iran in 1971, eager to compete in a children’s art contest. Amir – who is determined that his participation in the drawing contest will be his big chance to lift himself from poverty – works hard at various odd jobs, selling newspapers on street corners and carting heavy goods at the bizarre in order to save money to purchase an expensive piece of watercolour paper for his drawing. 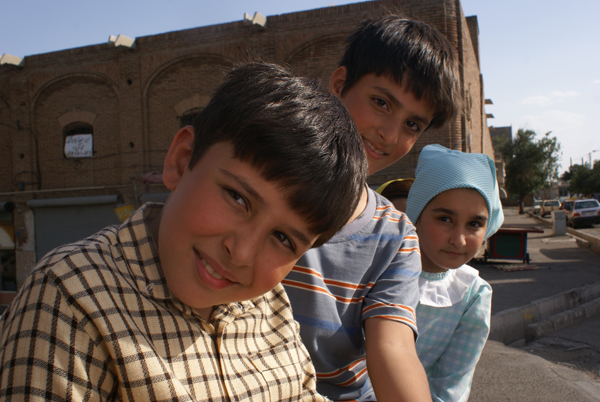 Amir’s partner in this quest for a better future is his best friend Ali, an aspiring soccer player, who like Amir, is unable to afford the cost of the equipment he needs to chase his goals, in this case, soccer gear, in hopes of becoming a professional athlete. Together the boys juggle the responsibilities of taking care of their younger sisters, earning money to support their impoverished families and finding ways to keep the spark of their respective dreams alive.

Milani’s directorial debut is an uplifting tale of friendship and keeping ones dreams alive, even when faced with seemingly insurmountable obstacles.

The Iranian film is one of 29 feature films screening at the Toronto International Film Festival (TIFF) Kids 2013 program.  The world-renowned children’s film festival is on now until April 21, and will showcase 117 films, including 88 shorts from 40 countries.  This year marks the 16th year of TIFF Kids.

“This Festival offers children an opportunity to see some of the best films from around the world, as they should be seen: on the big screen.”

In addition to being featured as part of TIFF Kids, Milani’s film was awarded the Liv Ullmann Peace Prize from the Chicago International Children’s Film Festival in 2012.

Although the story revolves around two boys, Amir and his best friend Ali, the film also includes an interesting portrayal of Amir’s young sister Maryam, an aspiring filmmaker determined to succeed at a children’s art academy.

Maryam is an eager young director, hungry to learn all about the various elements of the film industry.

She works hard to develop her knowledge of making films, trying her hand at roles from acting to costume making in hopes of one day succeeding as a filmmaker.  With dogged determination, Maryam takes chances on stage at the art school, spending her free time organizing young neighbourhood girls into parts for a movie she pretends to film with a makeshift camera, crafted with leftover spools from her mother’s sewing work.

While the film deals with difficult topics such as poverty and child labour, it does so with a childish optimism not often seen in Iranian cinema.  Unlike the typical festival films from Iran, this story ends happily without melodrama.  The film is a simple coming of age-story with little if any political subplot.  Milani’s film, in contrast to many other made-in-Iran festival flicks featuring children living in poverty, is not a story about a life in paralysis or a country wallowing in social and economic stagnation, but a simple coming of age tale.

The Rooster Trademark Paper plays on April 14, 15 and 16. Director Maryam Milani will be on hand to take questions from the audience.

For more information on the TIFF Kids visit http://tiff.net/tiffkids/festival