Sima Sahar Zerehi – This was no ordinary International Women’s Day, it was the 100th, but it was so much more than just the centennial anniversary that made this day historic.  This International Women’s Day promised to mark the dawn of new revolutionary movements in the Middle East.  Protests were to be expected all over the region and the day was sparking debate from Pakistan to Sudan. 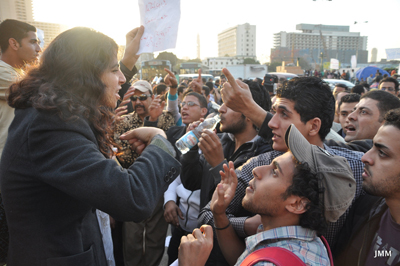 It was clear, or it seemed at the time, that the new movements in the Middle East that had commenced with the pro-democracy protests in Iran in June 2009 had a distinctly feminist flavour.

The decades of women’s struggles in the region led by campaigns like the One Million Signatures Campaign (an initiative by women in Iran to collect one million signatures in support of changing discriminatory laws against women) had informed young activists of the effectiveness of grass-roots de-centralized organizing.

The revolutions and revolts were televised and tweeted, so we all saw them before our eyes.  Women could be seen in the front lines in Iran, Bahrain, Yemen, Oman, Tunisia, and Libya but above all in Egypt where the media had stationed its live cameras.

Young women, old women, women wearing jeans and t-shirts and women in black chadors, women with dyed hair flying in the wind and fists in the air, and women dawning head scarves kneeling on prayer mats; all kinds of women were present in Tahrir Square when the Egyptian Revolution was aired on Aljazeera and CNN.

Quickly, reports and short video documentaries spread all over new and old media channels showcasing the leadership of the women of Egypt in the revolution that has inspired a world.

It was easy to see the determination on their faces, regardless of age, political or religious leanings, the women of Egypt were there because they, even more than their male counterparts, wanted to see a change in their country.  For them, that change, initially expressed in the language of unity as a demand for the fall of a dictatorship, was a democracy that included gender equity.

The optimism that the revolutions in the region had spread could be felt throughout the globe, it seemed certain that March 8th would be a celebration of our new victories, a sign of the shifting of tides.

Yet, the week leading up to IWD was plagued with bad omens.  The UN, in an attempt to show that it was moving forward with business as usual after suspending Libya from its Human Rights Council, had quietly allowed the Islamic Republic of Iran to join their Commission on the Status of Women.

As such leading up to the 100th anniversary of IWD, Iran, a country that legalizes stoning, rape of virgins before execution, polygamy, sigheh (Temporary Marriage), and forced hijab was going to have a voice on global issues effecting women as one of the 45 members of the Committee.

As @shariatmadari stated on twitter  “#Iran sitting on a UN Commission on the Status of women is like a rapist working at a rape crisis center.”

The bad omens were not only coming from Iran, a day before IWD 2011, news arrived that only a single woman was included within the newly sworn-in Egyptian cabinet.  In his attempt to placate the women of Egypt, the new Prime Minister, Essam Sharaf, announced the creation of a Committee to deal with the advancement of women under the supervision of the predominantly male cabinet.  Even in a liberated Egypt, women’s issues were shuffled to the side.

Finally, on March eight, while we scanned social networking sites and media headlines the news arrived, first as a series of frantic tweets from women activists who had tried to gather in Cairo’s Tahrir to celebrate IWD than as headlines on mainstream media outlets.

One of the first tweets alerting people on the situation came from @Egyptocracy who was one of the women in Tahrir, she wrote “Men tearing our flyers and throwing them at us.”

It was soon confirmed that on IWD, in Cariro’s Liberation Square, women calling for gender equality were attacked by angry men, who hurled insults at them, tore-up their posters, and chased them out of the square.

If there was any doubt that women’s rights would be gained through a single revolution that overthrows a dictator, the events that unfolded on International Women’s Day in Egypt will have squelched them.

It’s not good enough for us to say that the sexist action of these men in Egypt was a result of living under the oppressive conditions of a dictatorship; both the young women and men who are leading this revolution must do more.

As @Egyptocracy pointed out some men are already responding to the call for action on women’s issue.  Amongst her reports of the IWD protest she also took the time to write, “Thank you to every real man who was with us today, not afraid from women being equal to him.”

It’s true that a few angry men aren’t going to stop women who were able to defeat dictators from achieving their goals. However, our own inaction and compliance can prevent us from having our rights relegated to the footnotes of our revolutionary demands as it was in Iran in 1979.

In another tweet @Egyptocracy notes, “Another aspect of today’s IWD march, a maximum of 100 women showed up. Why aren’t we keen on voicing our opinion?”

Although IWD 2011 didn’t yield the kind of actions many of us hoped, it did signal that in these times of change such markers take on renewed meaning and greater urgency.

The women of the Middle East know that even though Tunisia’s Ben Ali was defeated in a few days, and Mubarak kicked out in eighteen days, it will take more than a few days, weeks, months or even years to achieve the kind of equality that we dream for ourselves and our daughters.  While we have learned the lessons of patience we have also learned from our history.   We won’t make the same mistake as our mothers; women’s rights can’t be shuffled aside until after the revolution. 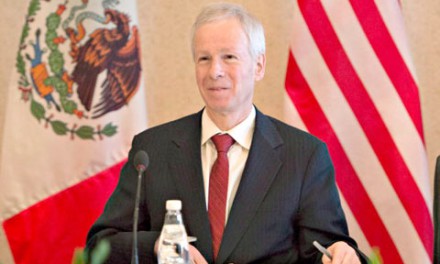