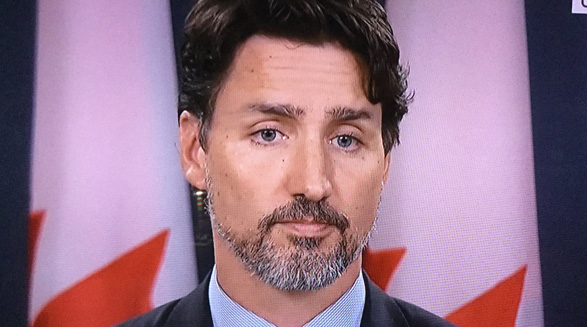 To: The Right Honorable Justin Trudeau, Prime Minister of Canada

We would like to commend you for your statement on defending Nasrin Sotoudeh, the internationally recognized champion of human rights and a revered figure in Iran, who was wrongfully sentenced to 38 years in jail and flogging. Ms. Sotoudeh spent 40+ days on hunger strike and was transferred to ICU last week due to her deteriorating health condition. Her hunger strike started as protest not only to her treatment but also against the rampant systematic unjust persecution of peaceful dissidents by the Islamic Republic of Iran. Just two days ago, she was transferred to prison again, despite her deteriorating health condition. Nasrin Sotoudeh’s life is in danger. There is an urgent need for a unified international effort to save her life. (Ref: 1-4)

It is indeed with great sadness and deep sorrow that we witness the increasingly dire human rights situation in Iran, including the imprisonment and mistreatment of hundreds of political prisoners, human rights activists, journalists, environmentalists, leaders of workers unions, religious and ethnic minority groups, etc.

Two weeks ago, Navid Afkari, a world wrestling champion, was executed despite global demands for justice and a stay of the unjust death sentence he faced. There are reports indicating he may have been killed under torture.  He was wrongfully accused of murdering a security guard during last year’s protests,  accusations he has flatly denied. He received no fair trial in a rushed and prejudicial process and was subjected to forced confessions under torture. Amnesty International and other Human Rights organizations called this travesty of justice. His two brothers are in prison too. ( Ref: 5-6)

Three weeks ago, Amnesty International published a report that enumerates extreme human rights violations, including severe torture of citizens who have been arrested during the protests in Iran last fall. (Ref: 7)

The Iranian authorities have failed to cooperate with the international community regarding the victims of the Ukrainian flight that was shot down by the Islamic Revolutionary Guards Corp.

We hereby ask you, as the Canadian Prime Minister, to take a firm stance condemning the inhumane actions of the Iranian government. Canada must lead the international community in condemning human rights violations in Iran. We respectfully ask you to consider our recommendations below;