Sima Sahar Zerehi – Fear is a powerful weapon; like religion it relies on blind faith, the total and absolute belief that despite all reason and logic the improbable, unlikely, or impossible, could happen.

For over thirty years the Islamic Regime in Iran has distracted us with their version of Shiite-ism, while all the time preaching the doctrine of fear.

Within the country they have used plainclothes police, Basiji’s, Sepah, motorcycle gangs, hired goons, torturers, rapists, executioners, and interrogators to instil terror into the hearts of Iranians.

Outside of the country they have carried out targeted assassinations, kidnappings, and intimidation to control the population of Iranians living abroad.

After thirty-two years of living under this regime of fear, we have begun to internalize its preaching.

We now sincerely believe that the regime, regardless of its finite resources is watching us constantly like Big Brother.  Even when outside of the country we remain vigilant for fear of being targeted by its agents.

We disguise our faces at pro-democracy rallies in support of the people of Iran and than dutifully share our photos and YouTube videos from these events on Facebook accounts bearing altered names in order for our friends, family and colleagues in Iran to take courage from our acts of solidarity.

We dutifully circulate news and articles about Iran on Twitter so that Iranians back home can see that #IranElection is trending because of the vigilance of hundreds and thousands of tweeps most of whom are safety disguised behind clever pseudonym and ambiguous icons.

It’s true that there are some amongst us who have real reasons to fear.   After all, this is a regime that doesn’t hesitate to use family members as pawns in their game of submission.  But are they really after each and every Iranian?

I mean sure they are likely targeting those that have narrowly escaped from under their claws: the political activists, the student leaders, the intellectuals, the journalist, the writers and bloggers to name a few.  But what is the reason for you and I to fear on the streets of Toronto, New York, London and Paris?

Meanwhile, when days of action like this past week’s March 1 (10 Esfand) protests are called, we crowd eagerly around our television and computer screens and wonder why our counterparts in Iran are hesitating.

Why do so many protestors in Iran take to the streets but don’t chant? Why do they pretend to be crowds of aimless loiterers and holiday shoppers rather than angry and determined demonstrator?

Friends, we have to try to shed off our old coats of fear, after thirty years of wear its now not only tearing at the seems but out-dated in the age of revolts and revolutions.

Yes, its true, if we stand up we may have to forgo our Nowruz trip to Iran, forget the summer trip to the vacation spots in Shomal (the North of Iran), re-evaluate our business ties to the bazaars of Tehran, but isn’t that a small price to pay for the dream of democracy and human rights in Iran? 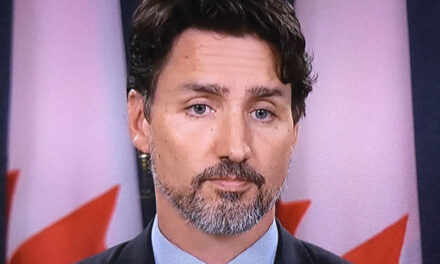