Farhan has a voice made for the blues, a deep husky guttural sound, rich and smooth yet earthy like a fine port.

She chuckles when I ask her how she came to be an Iranian jazz singer, “I was interested in Western music since I was a kid – we all were – you grow up with Western media, TV, and radio – we were exposed to World music from the start – it played a big part in my life – I was exposed to the Beatles, Rolling Stones as well as a lot of American music like the blues – I just fell in love with it.”

Farhan’s love of music started early in her youth, “I started singing when I was very young, I stared playing the guitar very basically and accompanying myself.”

As a budding musician Farhan would use any excuse to practice her craft before an audience, ”I would use any opportunity that would come about – even if it was playing at parties.”

Farhan admits that it wasn’t very easy for her as a young musician in Iran to find outlets to share her art, “We didn’t have a lot of opportunities back in Iran even before the revolution for me to perform my music before an audience.”

Regardless of the limitations of venues to perform music, Farhan explains that she was fortunate to be raised in a creative household.  She notes, “My brother had a band – through him I was able to be around music all the time.  He played guitar and keyboard and his friends would come and perform in the basement.  This is how I learned from the people around me.”

However, it wasn’t until she arrived in New York City in 1989 that Farhan’s musical aspirations took on a more professional nature.  She states, “New York was such a big part of making all my wishes come true.  This city has so many opportunities – I got to hear a lot of different things.  Even the whole vibe here is creative – you are always surrounded by different sounds all over the city.”

While in New York Farhan teamed with Steven Toub a guitarist who is her musical director, co-writer and producer.

Farhan recounts, “We started as a duo act – we played all the American jazz standards and the classic blues numbers.”

For Farhan singing the blues was a perfect fit she notes, “blues is about singing from your heart and being honest – trying to really tell the story from deep down in your heart –it’s that direct.”

The collaboration resulted in her first full-length album released in 2005 titled ‘The blues Are Brewin.’

Toub is a veteran in New York’s Rock and blues scene having recorded at legendary studios like Electric Ladyland and The Power Station as well as having opened for Squeeze, Robin Trower, Siouxsie and the Banshees.

While the team was winning over audiences Farhan admits that in the back of her mind she was always curious about mixing jazz and blues with the Farsi language, she states, “Since I was a little kid I always wondered if I could sing the blues in Persian.”

Finally one day, this happened organically in a jam session. Farhan recounts, “I had found this guitar in the garbage – we put it together and Steven was playing a blues riff on it and I started to sing the words from a Rumi book of poems left open on the table, it was a coincidence.”

Farhan adds, “After all these years it happened – we wrote this song ‘Rumi’s Prayer’ and started to record it –we put it on the internet for friends and fans and everybody liked it so much – so we started writing jazz and blues songs using classical Persian poetry.”

Farhan had managed to combine a classic American art form with a distinctly Iranian art form – the fusion of the two has resulted in a surprising sound that has succeeded in attracting new audiences.

When asked if utilizing Farsi language lyrics has alienated English speaking audiences Farhan responds, “Music itself is very expressive – so you really don’t need to understand every word –music gives you the feeling of what you’re singing about.”

She adds that many non-Farsi speaking audiences have been extremely receptive towards her new songs, “People say I don’t understand what you’re singing but what you’re singing is very beautiful – to make the transition for audiences that don’t speak Persian I sometimes give a little explanation of what the song is about in live performances.”

Farhan states that her music has been able to expose new audiences to both jazz as well as Iranian poetry, “there are people who have written to me who say ‘I never listen to jazz but I listen to your record all day long and know all the lyrics.”

She adds, “It works both ways.  I also think that my music exposes people to classical Persian poetry – people who are not from Iran hear the songs and become curious and search for the poetry.”

Although, Farhan has successfully been able to integrate Farsi language lyrics into her jazz and blues pieces she admits that this has not always been an easy task.

She explains, “It was very difficult to make it work at first, I never imagined that it could end up this well.  At first it just sounded a little weird – it didn’t really fit into the music- that’s maybe why I started this project by choosing the Rumi poetry – Persian poetry is so fluid – I believe that it was written for music – we know that it was often preformed with classical music accompaniments.”

Farhan notes that the success of this initiative also had a great deal to do with timing and her support systems.

She states “It just happened that I was in a stage in my life where I was moving to another level – maybe it was also working with musicians like Steven who gave me lots of possibilities – maybe it was the love that I had for these pieces – the most important thing was the heart.”

Farhan is one of the headlining performers at this year’s Tirgan Festival at Toronto’s Harbourfront, an opportunity that she is looking forward to with much enthusiasm.

Speaking about her upcoming performance at Tirgan she states, “It feels fantastic, I’m very honoured, it feels great to be one of the people featured in the festival.”

Farhan admits that she is eager to come back to Toronto since her last performance in this city, “Last time we played at Palace Theatre in September.  I came with my band from New York.  The Toronto audience was great I didn’t expect to get the response that I got – the Iranians in Toronto are very hip.”

For this performance Farhan will be tapping into Toronto’s local jazz talents instead of her New York band.  The local performers who will appear on stage alongside her include: Cheryl Ockrant on cello, Allison Au on saxophone, Alexander St. Kitts on bass, and Adam Teixeira on drums.

Farhan’s performances at Tirgan promises to include a few surprises, as she will be débuting some songs from her new CD ‘The Moon And The Stone’ (Mah-o Sang) which will be released on August 15 and will be available via her website at www.ranafarhan.com.

Farhan’s concert is one of the few-ticketed shows featured at Tirgan; tickets are selling fast and those interested should make sure to secure theirs before it’s too late. 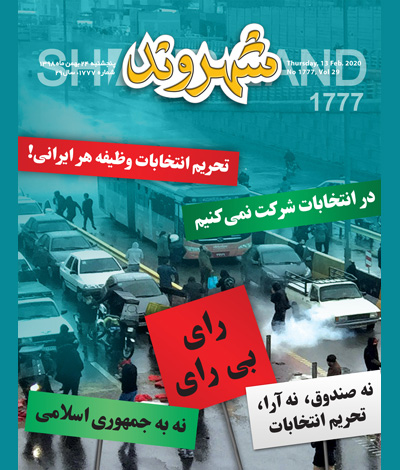