Sima Sahar Zerehi – There’s an old proverb: “The enemy of my enemy is my friend.”

This month, the enemy for the protestors of the Occupy Wall Street movement, who gathered in over 1,500 cities globally, were the banks and multinational corporations that had a hand in creating the economic collapse. 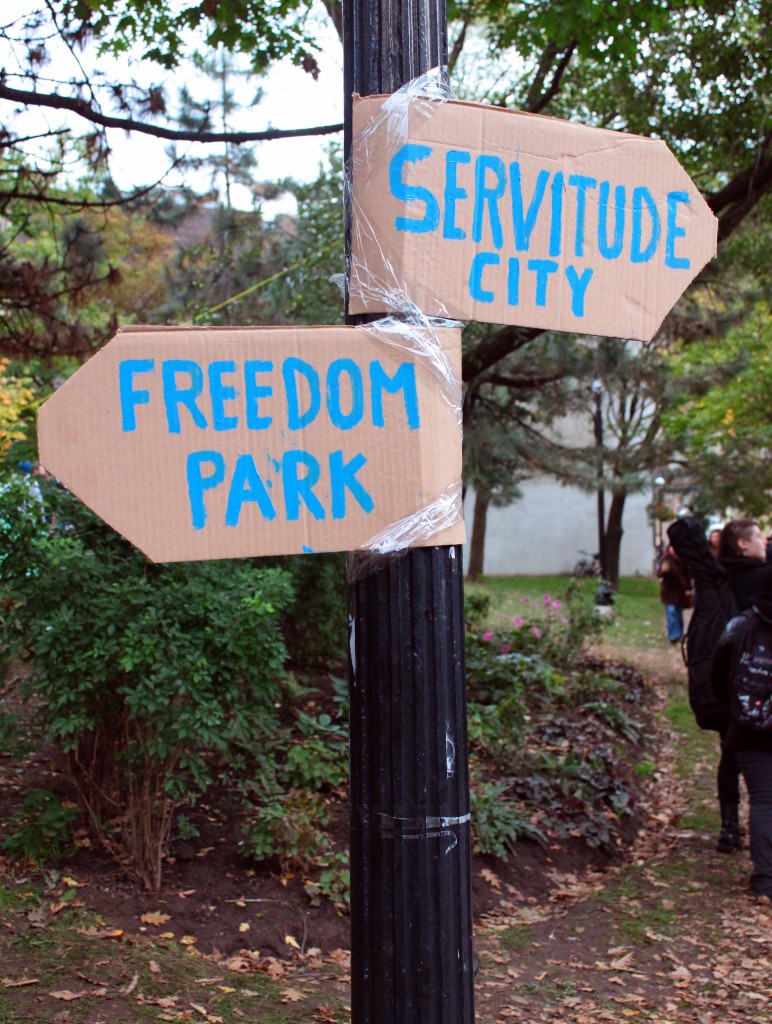 The media savvy movement, which has drawn its inspiration from the popular uprisings in Egypt and Tunisia, has been attempting to expose how the richest 1% of the world is controlling an unfair global economic system that is crushing the 99% majority.

The message in opposition to corporate bailouts and economic disparity has gained a great deal of support globally, with city after city hosting its own actions in solidarity with the Occupation of Wall Street.

While the people of North America revolted against the corruption in the heart of Wall Street and Bay Street the leaders of the Islamic Republic of Iran celebrated the cracks in the foundation of the American financial system as a personal victory.

Iranian leaders, known worldwide for their oppressive domestic policies and human rights violations, were almost tickled with glee by the images of protestors camped out in New York’s Wall Street in opposition to corporate greed.

Not wanting to miss out on the opportunity to undermine the Western socio-economic system Iran’s supreme leader Ayatollah Khamenei got into the action as an unlikely ally of Occupy Wall Street.

He confirmed that the protests are a reflection of the serious crisis that will ultimately topple capitalism in America. Khamenei went as far as stating that the United States is now in a full-blown crisis because its “corrupt foundation has been exposed to the American people.”

Speaking about the U.S. government Khamenei noted, “They may crack down on this movement but cannot uproot it.” He added, “Ultimately, it will grow so that it will bring down the capitalist system and the West.”

But do the leaders of the Islamic Republic of Iran have a moral high ground to stand on when it comes to economic disparity?  Is Tehran’s Bazaar any less corrupt than the corridors of Wall Street and Bay Street?

With a rapidly depreciating currency, where the exchange rate is around 10,600 Iranian rials per dollar, double digit unemployment, inflation, widespread corruption and the burden of billions of dollars of subsidies to keep basic necessities such as electricity, gasoline, and food staples below their true market value, Iran’s economic situation is no better off than that of the United States.

Bonyads are a unique feature of Iran’s economy, controlling an estimated 20-30% of the central government spending.  Like Wall Street the bonyads in Iran are bloated entities that collect massive subsidies from the government.

While Wall Street collects the government bailout yet cuts jobs and increases the prices of goods and services, bonyads in Iran siphon off production to the black market and hand out scraps as charity to the poor.  In the end the Iranian version of a corrupt economic system is not much different than its U.S. counterpart.

These connections have not been lost on the youth across the globe organizing for change.  In fact, one of the strengths of the Occupy Wall Street movement has been its ability to draw links between the youth-led uprisings in Egypt and Tunisia and the youth-led occupation of corporate America.

The Iranian leaders should take heed of these parallels, after all the young people in Iran who took to the streets in 2009 following the fraudulent presidential elections were not only on the streets to demand their democratic right to vote, but also to stand up against a corrupt government that has failed to provide a real future for its large youthful population. 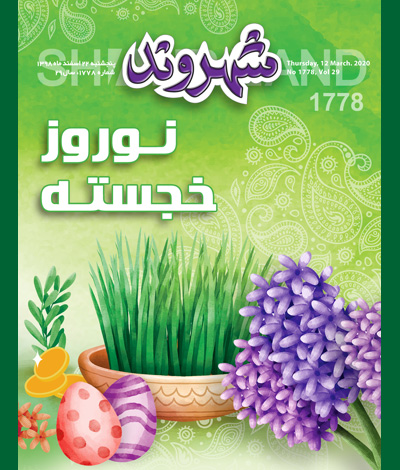