Sima Sahar Zerehi – It all started innocuously enough with a one foot nothing fake Xmas tree perched in the corner of the dining room of our two bedroom rental apartment in Scarborough.  It was one of those green plastic pine-look-a-like models you can pick up from any generic big-box store.

Ours was decorated with a solitary string of multi-coloured lights and a few trinkets I had picked up with the help of my mom from the Zellers at Woodside Mall.  Underneath was a single gift, wrapped up with a bow – clearly a square CD case bearing a small card that read from Sahar to Sara. 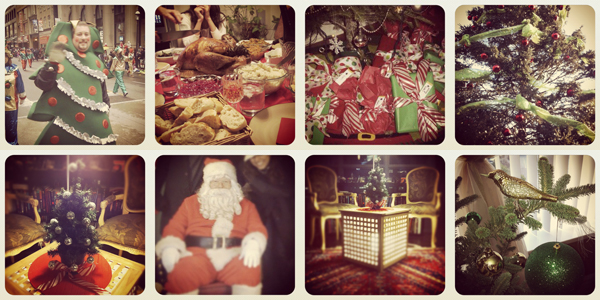 Well, maybe it started before that with my little sister insisting that she needed a tree like the other kids in her class. Unlike me, little sis spoke an unaccented English, liked to watch hockey on television and had managed to blend in seamlessly with her classmates at Percy Williams Elementary School.

In my awkward teen years, I hadn’t quite adjusted to my new milieu in Canada.  I wore clothes deemed fashionable in Italy but seen as strange in Toronto, had trouble forming the dreaded “th” sound; would occasionally say “vallet” instead of “wallet” and knew none of the songs or movies that my classmates referred to. To top all that, try as I may, I could never see the puck on the ice, so enjoying the so-called national pastime was out of the question.

In short, I was an outsider, and like many outsiders I had decided that since exile was my lot, I was going to reject anything mainstream, including Christmas.

Bah humbug! I thought if these Canadians were going to poke fun at my accent why should I celebrate their holidays? After all, my annual celebration was Nowrouz not Christmas. What was the Christmas tree to me when I had the festive Haftsin spread?

But little sis insisted and so a tree was procured.

So year after year, our little Xmas tradition expanded; slowly the presents started to accumulate under the small tree; I remember asking for a pair of Levis 501 jeans the next year, which appeared diligently wrapped in green and red, despite the fact that they were a budget buster considering our economic situation at the time.

By the time we were in high school we had a 5’ Christmas tree, a pile of presents, and personalized stockings I had made for each member of our family.  My mom would host a dinner party and invite all the people she knew who had nowhere else to go on Christmas Eve – her single friends, newcomers to town or the recently divorced.

In my first year at university, I picked up presents for my family from Vancouver, travelling on the plane to Pearson airport with a paper bag stuffed with ornately wrapped gifts bearing fancy ribbons and bows I had purchased with my earnings at the campus pizza parlor.  Xmas had become a time of year when all of us could gather together regardless of where we were, the holiday meant time off from work and school which made it possible for us to plan family reunions.

A few years ago, with the family reunited in Toronto, we made the transition from a fake tree to a real tree, I even trekked to a Christmas tree farm; saw in hand, wading through the snow to pick that perfect tree for our family Xmas celebration.

By this time our Xmas tradition included baked goods, an elaborate turkey dinner with all the fixings, mounds of expensive gifts and stocking stuffers, holiday pajamas as well as the customary Christmas Day film.  With no extended family to visit on Christmas Day we had to think of someway to pass the time.

Last year, the Xmas tradition fell apart, my mom, dad and I all came down with a severe flu and spent the weeks leading up to December 25th in bed hooked to antibiotics, my sister was busy with a new job and all in all come Christmas Eve, we had no tree, no decorations, no dinner, no festive pajamas and no presents.

Feeling despondent we crowded onto the couch and flipped aimlessly for something to watch.  Being classic movie buffs, we settled on the 1956 version of The Ten Commandments featuring Charlton Heston.

The film was being broadcast on a religious channel and instead of regular commercials it would air advertisements for new editions of the bible.  It was during the second commercial break featuring an ad for an audio bible that we all broke down in a fit of laughter.  The irony of an Iranian atheist family, watching a movie about the origins of the Judeo-Christian bible on a Christian channel on Christmas Eve had suddenly dawned on us.

We laughed so hard that our eyes began to water and with the ice broken the room was bubbling over with overexcited talk.  My dad and I quickly came up with a plan to salvage the night by going to pick up kabobs from one of the nearby Iranian restaurants.

An hour later we were gathered around the dining room table enjoying our feast of kabobs and vodka reminiscing over our traditional Xmas dinners.  Guiltily mom said “it’s a shame we weren’t able to have a turkey this year.”

My sister, dad and I all looked around awkwardly and then I decided to take the plunge.  “Mom, I hate turkey.”

The conversation had come to a screeching halt, as had the clinking of cutlery against plates.  I had said the unthinkable, how could I knock this Xmas tradition, after all the pains we would take to include it in our holiday feasts; the gigantic frozen bird wrestled out of the grasps of other desperate last-minute shoppers in the grocery store, painstakingly prepared after hours spent stuffing it, seasoning it and lovingly basting it to keep it from getting dry.  The turkey was an Xmas icon, inseparable from the tree, Santa Clause or presents.

I was dreading my impulsivity. Why couldn’t I ever keep my mouth shut? Then once again as though on cue, everyone broke down in simultaneously and uncontrollable laughter, pausing between bursts of hysteria to admit that they all hated the turkey as well.

Soon we transitioned from the turkey to the presents and before we knew it we had all admitted that Xmas had run us down with its demands.  We had started to blindly follow traditions that we weren’t enjoying.  The hustling through overcrowded malls in search of a present had robbed us of what we had all craved the most during the holidays, an opportunity to connect with family.

Finally we made a pact, next December 25th we were boycotting the turkey in favour of a juicy chicken stuffed with Iranian style stuffing, rejecting the sugar cookies for traditional Iranian sweets, and toning down the gifts to Secret Santa’s with a cap of $20 on each present.

The holiday pajamas, film and real tree were staying though. We loved the fresh pine smell wafting through the house not to mention the twinkle of the lights; the pajamas gave us an excuse to wear comfy clothes on Christmas Day; and as filmaholics we couldn’t say no to a family film outing.

Oh and we also decided that the kabobs and vodka were a keeper.

Happy holidays from my family to yours.