Sima Sahar Zerehi – I had met Nazanin Afshin-Jam once before, it was in 2004 at an Iranian community event. She was on stage in a fancy green gown, brandishing a trademark pageant queen smile, charming the captivated audience into donating their time and money to support a fundraising drive for the victims of the Bam earthquake in Iran.

In all my years of peddling political leaflets for worthy causes, and delivering impassionate speeches about the hardships in the world, I had never managed to captivate a crowd in the Iranian community, like Afshin-Jam had been able to that day with her broken Farsi.  I think a few of the people in the front row would have donated their kidneys right then and there had she asked.  Even at a young age, Afshin-Jam knew her audience and how to convince them to take action. 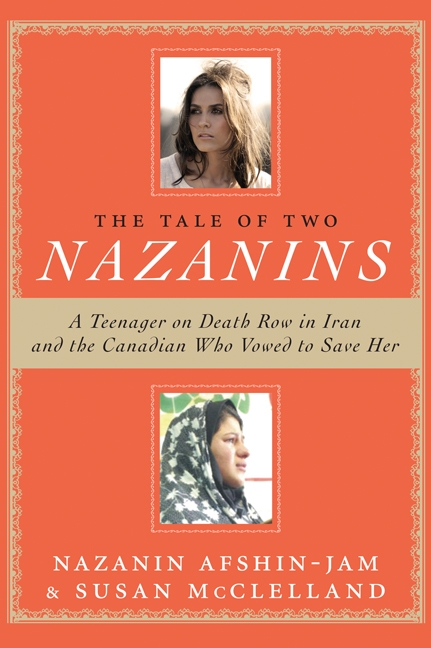 For most people in the Iranian-Canadian community, Afshin-Jam is a local celebrity. She’s a former Miss World Canada and Miss World first runner-up, model, singer, songwriter turned author and human rights activist.   She is the Co-Founder and President of Stop Child Executions, and most recently the wife of Canada’s Minister of National Defence, Peter MacKay.

It’s easy to dislike a person like Nazanin, she looks like the poster girl for power and privilege, with good looks, a celebrity profile and a husband who’s one of Canada’s political elites, she seems to have it all.

Yet Nazanin’s story is not that different from the typical Iranian-Canadian residing in Vancouver.  She was born in Iran in 1979 during the revolution. Her father was the General Manager of a hotel, like many others who resisted the regime’s marching orders, he was imprisoned and tortured and on a list of people to be executed.

“It was a stroke of luck, the man who was going to give my father the execution decree had a car accident.  My father was granted a temporary release from prison to recover from his injuries, as soon as his wounds healed he escaped to Spain,” recounts Afshin-Jam.

Nazanin and her family lived in Spain for a year before they headed to Montreal. When they arrived in Canada she was only 2 years old.  “My parents couldn’t tolerate the cold in Montreal, they asked around and found that Vancouver was the warmest place in Canada. Shortly afterwards we moved West, and that’s where I grew up,” offers Afshin-Jam.

Afshin-Jam completed her Bachelor’s degree in International Relations and Political Science at UBC and later earned a Masters of International Diplomacy from Norwich University.

Speaking about her unorthodox career path, Afshin-Jam explains, “From a young age I was always very sensitive to the plight of young people.  I always knew I wanted a path of service.  But I didn’t really know what direction that was going to take.”

“After the Red Cross, I said how do I get a title for myself to reach more people, because I felt that people were listening more to sports stars and celebrities than they were to politicians or diplomats,” states Afshin-Jam.

She continues, “So that kind of directed my path to pursue the Miss Canada competition.  Having won that and becoming Miss World allowed me another year of travel representing charities and raising money for various children’s foundations and when that year came to an end I was once again looking for another platform to speak on issues that I care about. That’s why I started a music career.  I thought maybe through song I could spread a message in a different way.  It was midway through that album that I heard about Nazanin Fatehi in Iran who was condemned to execution.”

Afshin-Jam’s new book, The Tale of Two Nazanins, co-authored by Susan McClelland tells the story of how an email about the imminent execution of a teenager in Iran propelled her to act.  Ultimately Afshin-Jam not only managed to save a life but to also achieve her aim of building an international profile that would allow her to pursue her philanthropic goals.

Afshin-Jam recounts how her life changed as a result of her name.

“It was pure fate or luck,” begins Afshin-Jam. “There was a stranger from Paris who had read a small write up about the other Nazanin, a 17-year-old on death row in Iran in 2005.  He had gone online and googled the name Nazanin and ended up on my website.  So he decided to send me an email and ask if there was anything I could do about this case.”

At this point Afshin-Jam takes a moment to talk about the other Nazanin.

“Nazanin Fatehi is of Kurdish descent from a poor traditional family, she faced abuse at the hands of her own family, her father didn’t want the girls to go to school, she had a hard life and upbringing,” states Afshin-Jam.

“When she was 17 years old she was in a park with her 15 year old niece and two other boys who were their friends, when three other men came and started to harass them.  The boys fled, the men tried to rape the girls.  To save herself and her niece Nazanin stabbed one of the men, he was hospitalized and later died due to the injuries.  Although she was the victim, Nazanin was imprisoned and sentenced to death by hanging.  She went to prison and faced further abuse at the hands of the guards and other inmates; she was subjected to solitary confinement and torture, she was also drugged, she had a really hard time,” notes Afshin-Jam.

Through her efforts Afshin-Jam was able to garner international attention to this case, as well as the assistance of lawyers that were able to represent the young girl in Iran.  Nazanin Fatehi was granted a new trial by the head of the Judiciary in June 2006.  Finally in 2007 Nazanin Fatehi was exonerated of the murder charges and was released on January 31, 2007.   Afshin-Jam continued to be active around this case and raised $43,000 online for bail.

In raising awareness about this case, Afshin-Jam succeeded in making a name for herself as a children’s advocate.  She was granted the “hero for human rights award” from Youth For Human Rights International and Artists for Human Rights at the United Nations headquarters in New York.

Afshin-Jam explains how working on Nazanin Fatehi’s case also led her to start an NGO and co-author a book.

“Stop Child Executions came as a result of the Nazanin campaign. After the year came to an end with her release on January31st, other families of children on death row started contacting me. I researched online to see if there were any organizations that focused on child executions that I could refer them to and realized that there weren’t.  I decided that this issue warranted concentration and started this NGO,” recounts Afshin-Jam.

“Personally, in writing the book I wanted to highlight not only the legal discrimination Nazanin faced and the personal injustices she was subjected to but also the general human rights abuses in Iran.  I wanted to draw attention to the fact that child executions still exists and that Iran is still the worst offender when it comes to child executions,” states Afshin-Jam.

She adds, “ I also wanted people to see that somebody like me growing up in a free democratic country, in a loving family that doesn’t discriminate, how vastly different a life like that looks and the outcomes of that upbringing versus the life Nazanin Fatehi was subjected to.”

“On the other hand my aim with this book was to try to inspire other people to know that the power of the individual is strong and that they can make a difference when they see an injustice,” offers Afshin-Jam.

The Tale of Two Nazanins is co-authored with feature writer and investigative journalist Susan McClelland whom Afshin-Jam met when she was being interviewed for an article about an Iranian refugee family.

Speaking of the collaboration, Afshin-Jam states, “She’s very creative in her writing, I’m much more factual, she definitely has the poetic edge.  In creating this book we envisioned it as chapter-by-chapter weaving my story with the story of the other Nazazin and you have to go through the book to hear both sides of the tale.”

The Tale of Two Nazanins published by Harper Collins is available in most Canadian bookstores.  It has become a popular summer read and is featured prominently in many major bookstores where on occasion Nazanin can be found telling her story and handing out autographed editions. 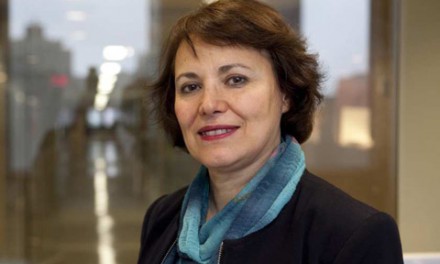