Ethnic Community Votes: Have we learned our lesson yet?

Sima Sahar Zerehi – It was our communities – the 905ers, the ethnic vote – that delivered Toronto to Rob Ford.  On the night of his victory the hall was packed with people that looked like you and I. Brown faces and an English tinted with the accent of migration.

We voted for him despite the fact that he unabashedly targeted immigration for Toronto’s shortcomings. He blamed us for stealing jobs and consuming a lion’s share of the city’s services, we were even accused of causing Toronto’s gridlock. 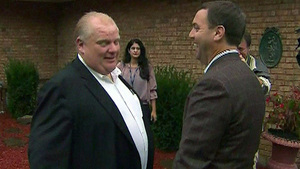 Nevertheless, we voted for him because he promised the impossible; he guaranteed to lower taxes and government spending while not cutting city services.

The Toronto that the Fords’ fiscally conservative agenda has created is a city with all-nighter committee meetings where councillors are intimidated and cajoled into backing the Mayor’s slash-and-burn agenda. Under the Fords, Toronto has become a city of instability where residents are pit against each other in the quest to save local programs and services.

Under this chaotic atmosphere of fear and instability Ford has lost massive amount of support.

But just a few weeks ago, during the height of the summer barbecue season we saw the Conservatives as a united front, celebrating their rise to power.  The good old boys in blue, Harper, Hudak and Ford, were spotted palling around the cottage or at barbecues, swapping war stories about how fun it is to cut services.  At the time the blue team was confident that the provincial election would also go their way.

Riding on the coat-tails of Ford and Harper, Hudak was hoping to coast to victory as Ontario’s next Premiere.  There’s no doubt that his fiscally conservative agenda of tax breaks and lowered government spending mirrors Ford’s agenda.

Like Ford, Hudak is using immigration as a wedge issue, just last week he attacked the Liberal Party‘s electoral policy that promises a $10,000 job training tax credit for businesses that will hire new immigrants.  Hudak played the same card wielded by Ford during the municipal election, he attacked McGuinty for allowing foreign workers to steal jobs from Ontarians.

Yet, the world of politics is never predictable, what voters flock to in one election, is exactly what they run away from in the next. The Ford playbook of drastic service cuts and scapegoat immigrants no longer holds the same sway for Torontonians.

As summer turns to fall, and Ford’s ratings drop as a result of the chaos at Toronto’s City Hall, Hudak speaks less and less about his buddy the mayor.

But don’t be fooled, if Hudak becomes Premier we are sure to see the same turmoil that is taking place in City Hall at Queen’s Park.  Hudak will take us back to the dark days of Mike Harris, with our schools, hospitals, and social services on the chopping block.

As voters we may be blamed for having short-term memories, so even if you don’t remember former Conservative Premiere Mike Harris and his crippling cuts, remember Ford and his all-nighter committee meetings packed with disgruntled Torontonians.