Sima Sahar Zerehi – We’re becoming a festival city; Toronto International Film Festival (TIFF), HotDocs, Luminato, Nuit Blanche, North by North East (NXNE), when it comes to art and culture we seem to have a festival for it.

Although Toronto already thinks of itself as a film city and is taking steps to brand itself as a music city with the ۴۴۷۹ Toronto campaign, there’s also a thriving theatre and performance art scene here. 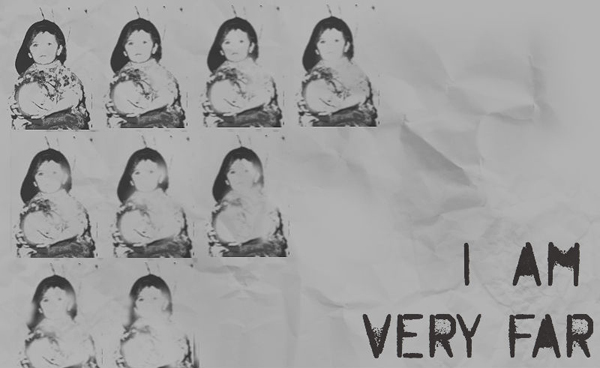 The festival began in 1991, by a group of friends interested in creating new spaces to assist emerging theatre companies stage their work.   By 2000 under the direction of Franco Boni, the Festival transitioned from a lottery system, to a fully juried selection process.

Since 2008, Michael Rubenfeld has been the Artistic Producer of the Festival, and has worked to expand the scope of the festival by integrating other elements of performance art including music.

When asked to compare SummerWorks with the Fringe, Rubenfeld explains, “A festival like the Fringe is a lottery, you never know what you’re going to get.”

“In SummerWorks, the entire festival is juried.  All the work is vetted.  We spend months reading from over 200 submissions. We’re looking for work that questions our contemporary system of thought, work that questions the world that we live in, work that’s trying to be innovative.”

Rubenfeld boasts that SummerWorks is one of the most diverse festivals in the country, with artists representative of Canada’s various communities.

“I would say that SummerWorks is an accurate representation of the indy theatre scene, there are a number of artists between 20-40 that don’t necessary have works in established companies, the kind of work that they’re doing is not represented in the established companies.  These are the kind of performances that other institutions will be programming five to ten years from now, they represents various trends that bubble up and breed that may not be popular yet.”

Bahareh Yaraghi, who’s known to Tehranto audiences for her role in Soheil Parsa’s Hallaj and most recently for her acclaimed role in Bea, will be part of the ensemble in Pressgang Theatre’s I Am Very Far, opening on Thursday August 8, at Scotiabank Studio Theatre.

Yaraghi speaks of her connection to SummerWorks, “Although this is my first time in SummerWorks, my relationship with the festival started a few summers ago when I participated in the SummerWorks Leadership Intensive Program (S.L.I.P).  It was an incredible program that all emerging artists should apply to because it teaches you how to produce your work and connect with larger arts organizations.”

“Being in I Am Very Far is quite different than the other productions I’ve been a part of.  The production is very abstract with a non-linear script.  It’s a multi-media show that includes video, music, and performers on stage.”

“The piece is centred around a series of vignettes that explore the experience of loss, in particular losing a father in a traumatic way.  The vignette shift in tone allowing the audience to see how the material affects them, and how they see themselves in such scenarios. We’re asking more questions than answering.”

Ali Momen another young rising theatre talent from the Iranian-Canadian community most recently seen in Theatre Calgary’s Kite Runner as well as Soheil Parsa’s Interrogation, among a number of film and television roles including The Animal Project which will be part of the TIFF 2013 line-up is also taking the stage in SummerWorks’ A History of Summer.

“A History of Summer is a beautiful new musical about the history of Fire Island. The cast and creative are incredible. The production is award winning and the music is in another league. I’m so proud of this production and what it stands for and fights for,” gushes Momen.

A History of Summer, will be on for one night only on Saturday August 10th at 7:30pm at the Great Hall.

We asked SummerWorks Artistic Producer Michael Rubenfeld to list some of the must-see productions in this year’s festival he mentioned the following:

Schützen: The North American premiere of a fascinating work about war, which premiered at the Sophiensæle in Berlin at Scotiabank Studio Theatre

Hello for Dummies: A piece from the UK where there’s no performance, audience members are simply paired together as strangers at 60 Ryerson Avenue

For More information on SummerWorks or the shows visit http://summerworks.ca/2013/