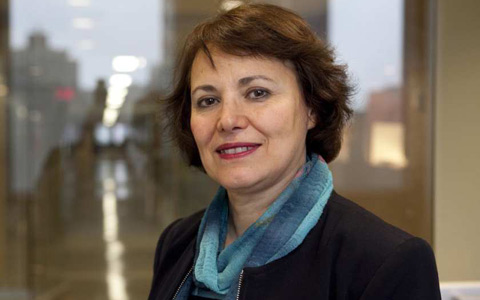 As you are aware, the Iranian – Canadian citizen, Dr. Homa Hoodfar, was arrested on June 6th by the intelligence unit of the Iranian Revolutionary Guards Corps and has since been held at the notorious Evin prison complex in Tehran. According to her sister-in-law, Dr. Hoodfar had traveled to Iran in February to visit with relatives after the death of her husband. Soon thereafter in March her place of residence was ransacked and her personal possessions seized by members of the Revolutionary Guards, and she was summoned repeatedly for intense questioning prior to her arrest. No charges or allegations have been announced by the Iranian judiciary, rendering her arrest unlawful.

Dr. Hoodfar is a professor of anthropology at Concordia University in Montreal. Her ethnographic work on refugees, women, family law, human rights, and development is widely respected by her peers, and she has been a valued member of her community as a teacher and a mentor. Accordingly, news of her arrest has been met with great concern around the world. Many petitions – by academics and human rights organizations such as Amnesty International – have been circulated in recent days, calling for her immediate release.

We the undersigned members of the Iranian-Canadian community respectfully bring to your attention the urgency of pursuing Dr. Hoodfar’s ordeal at the highest levels of Canadian government. Sadly, members of our community have faced such concerns before, most tragically in the case of the photojournalist Ms. Zahra Kazemi who was murdered at Evin prison in 2003. The Islamic Republic of Iran has a long history of wanton violations of basic human rights, especially in regards to dual-citizens. Such behavior not only threatens the wellbeing of many members of our community who regularly travel to Iran, but in its utter cruelty offends against our moral obligations to fellow human beings. Therefore, we strongly urge you to advocate for Dr. Hoodfar’s unconditional and immediate release from Evin prison, and to make her safe return back to Canada your top priority.