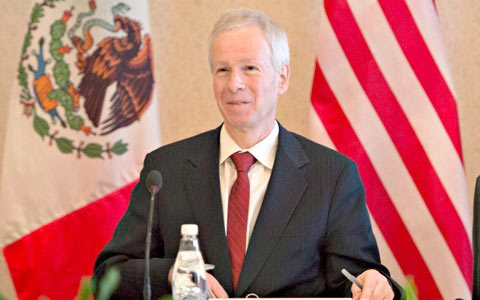 I write as the former President of the Iranian Canadian Congress and a concerned Iranian- Canadian citizen appealing to the government of Canada to facilitate re-establishing consular services with Iran.

Since the former Conservative Government of Canada broke all diplomatic relations with the Islamic Republic of Iran (IRI) in 2012, consular services, which would have naturally been provided through the consular section of the two countries’ embassies, have not been available. Logically, in the aftermath of this development, Canada and the IRI should have worked out a diplomatic arrangement similar to that between the U.S. and the IRI in which for over 35 years the Iranian interests have been represented by the Pakistani embassy in Washington andthose of the US by the Swiss embassy in Tehran. Unfortunately, such an arrangement did not take place, mainly because of the IRI’s lack of cooperation, forcing a very large number of Iranian Canadians to cross the US border for their consularservices needsat an immense inconvenience.

Four years after the suspension of the diplomatic relations with the IRI, it is time to re-engage with the IRI. However, while the need for consular services remains urgent, restoring full diplomatic relations and exchange of ambassadors, with a regime that is and has always been in flagrant violation of human rights,demands accountability on part of the IRI and requires serious scrutiny by Canada.

The Iranian regime continues to execute its citizens at a greater rate than any United Nations member state. In fact, neither the promise of any improvement in the human rights situation under President Rouhani nor the rise of optimism built around the outcomes of the nuclear deal with the IRI a year ago has materialized. Within the last 3 years since Rouhani’s election, more than 2,000 people have been executed on his watch, more than in any similar period in the past 25 years. Furthermore, the backlash against Western interests not only has not subsided, but has gotten stronger since the nuclear deal with the Islamic Republic of Iran was signed.  The recent targeting by IRI’s security forces of large numbers of dual citizens who hold both Iranian and a Western country’s passports as well as the rash of arrests of journalists, activists and visiting Westerners and potential investors as hostages also indicate that the country’s hard-liners –and not the government with whom Canada is quietly negotiating– are still very much in charge.

Honourable Minister Dion, it is more than 100 days since Canadian academic Dr. Homa Hoodfar, an anthropologist and Concordia University professor, has been illegally detained and imprisoned in Iran. She is being held in solitary confinement in the same prison as Ms. Zahra Kazemi, an Iranian Canadian photojournalist, who was tortured and murdered 13 years ago, and the same prison where Maziar Bahari, another Iranian Canadian journalist who worked for Newsweek Magazine, was imprisoned 7 years ago, but was lucky to be released. The IRI’s prisons have been the host to several other Iranian-Canadians who have been arbitrarily arrested and tortured in the past, including Saeed Malekpour, a Canadian permanent resident, who has been jailed since 2008, accused of producing obscene materials and propagandizing against the Islamic Republic of Iran.

Today, Canada’s government is on the path to restore diplomatic relations with the IRI, which were cut off in 2012 claiming thata prolonged absence of a diplomatic presence tends to handicap Canada’s ability to achieve its foreign policy goals and to broaden its political, economic and cultural links with Iran. However, while it is undeniable that Canada’s re-engagement with Iran will benefit trade and commerce between the two countries and will open up numerous opportunities for Canadian business, the argument that such re-engagement will also benefit human rights is flawed.Canada had full diplomatic relations with the Islamic Republic of Iran when Ms. Zahra Kazemi was murdered. Furthermore, there is a risk that re-engagement might facilitate Iranian intelligence gathering as was the case prior to 2012, whenthe Iranian embassy monitored the activities of Iranians in Canada and tracked dissidents who feared for their own safety as well as the safety of their loved ones back in Iran.It is also well documented that the embassy in Ottawa sometimes used cultural events as an excuse to spread their own propaganda, and that Iranian diplomats used the embassy in Ottawa to recruit Iranian-Canadians to serve the Islamic Republic’s interests.It is because of this that a very large but silent segment of the Iranian community in Canada fears publically expressing their oppositioneven through a peaceful means such as a petition.

Honourable Minister Dion, while exploring political, economic and cultural links with the Islamic Republic of Iran, it is of paramount importance that Canada continue to take Iran to task for its continued violations of human rights and freedom of expression and association. The passing byCanada’s Parliament on June 5th, 2013 of the motion, with unanimous consent, making Canada the first country to recognize the 1988 state-ordered execution of thousands of political prisoners in Iran as a crime against humanity was a great step forward. The IRI has to earn ties with Canada by making concrete concessions before full diplomatic relations are restored. In the meanwhile, in pursing your policy of step by step engagement, I would like to urge you to consider adopting the model of the US diplomatic arrangement with the IRI that has prevailed for more than 35 years.  In this arrangement, full consular needs of nearly 2 million Americans of Iranian origin who reside in the USA have been served effectively and flawlessly, not by an embassy, but by Iran’s interest section through the Embassy of Pakistan in Washington DC.